“One of the gigantic straight greatswords. As the name suggests, the Zweihander is held with two hands, but its wielder must still be inhumanly strong. It is this great weight that sends foes flying when hit solidly.”

The Zweihander’s strong attack is its signature overhead swing. It doesn’t deal quite as much damage as the strong attacks of other Ultra weapons, but deals immense poise damage, and is much faster to swing (the other weapons require a “charge up”). Normal enemies will be immediately smashed into the ground, and almost all bigger enemies will be interrupted. It is one of the only moves in the game that can swing faster than a Mushroom Parent or Crystal Golem can attack, yet is guaranteed to break their poise, interrupting their attack. This makes it an ideal weapon/attack versus those enemies.

Like most weapons with large poise breaking capacities, barely missing an enemy with the strong attack can still cause a stagger. The overhead swing also has the advantage of a high vertical reach. This makes it a very good weapon to use to cut Dragon tails: Most other ultra greatswords will require a running attack to swing upwards, and great hammers don’t reach quite as high. The overhead swing also makes the player dodge certain attacks that reach horizontally. The Zweihander can be a very strong weapon early in the game due to its close proximity to the starting area and relatively low stat requirement of 16 Strength to two-hand the weapon. Even un-upgraded, its base damage and staggering abilities are formidable for the Undead Burg area. 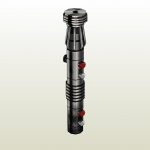