Harley Quinn (Harleen Frances Quinzel) is a fictional supervillain appearing in American comic books published by DC Comics. The character was created by Paul Dini and Bruce Timm, and first appeared in Batman: The Animated Series in September 1992. She later appeared in DC Comics’ Batman comic books, with the character’s first comic book appearance in The Batman Adventures #12 (September 1993).

Harley Quinn is the Joker’s frequent accomplice and lover, whom she met while working as a psychologist at Gotham City’s Arkham Asylum, where the Joker was a patient. Her name is a play on the name “Harlequin”, a character which originated in the commedia dell’arte.

The character was originally voiced by Arleen Sorkin in various tie-ins to the DC animated universe. Since then, she has also been voiced by Hynden Walch and Tara Strong in either DC Animated Showcases or in various video games. In the Birds of Prey television series, she was portrayed by actress Mia Sara. The character made her live-action cinematic debut in the 2016 film Suicide Squad, portrayed by Margot Robbie.

Harley Quinn first appeared in the Batman: The Animated Series episode “Joker’s Favor”, as what was originally supposed to be the animated equivalent of a walk-on role; a number of police officers were to be taken hostage by someone jumping out of a pop out cake, and it was decided that to have the Joker do so himself would be too bizarre (although he ended up doing it anyway).

Dini thus created a female sidekick for the Joker. Arleen Sorkin, a former star of the soap opera Days of Our Lives, appeared in a dream sequence on that series in which she wore a jester costume; Dini used this scene as an inspiration for Quinn. Having been friends with Sorkin since college, he incorporated aspects of her personality into the character. Quinn was also inspired by a mutual female friend’s “stormy (but nonviolent) relationship”, according to Timm.

Not working with pepakura!!!!!

Just downloaded and tried it, the file is working fine.

hello is it possible to remove the fold line? if so how do you please

Hi there! Just klick on “Set Edge Color”, make sure “Hide nearly flat Edges” is ticked and move the slider under it to the left!

Just take a look on the screenshot I made for you! 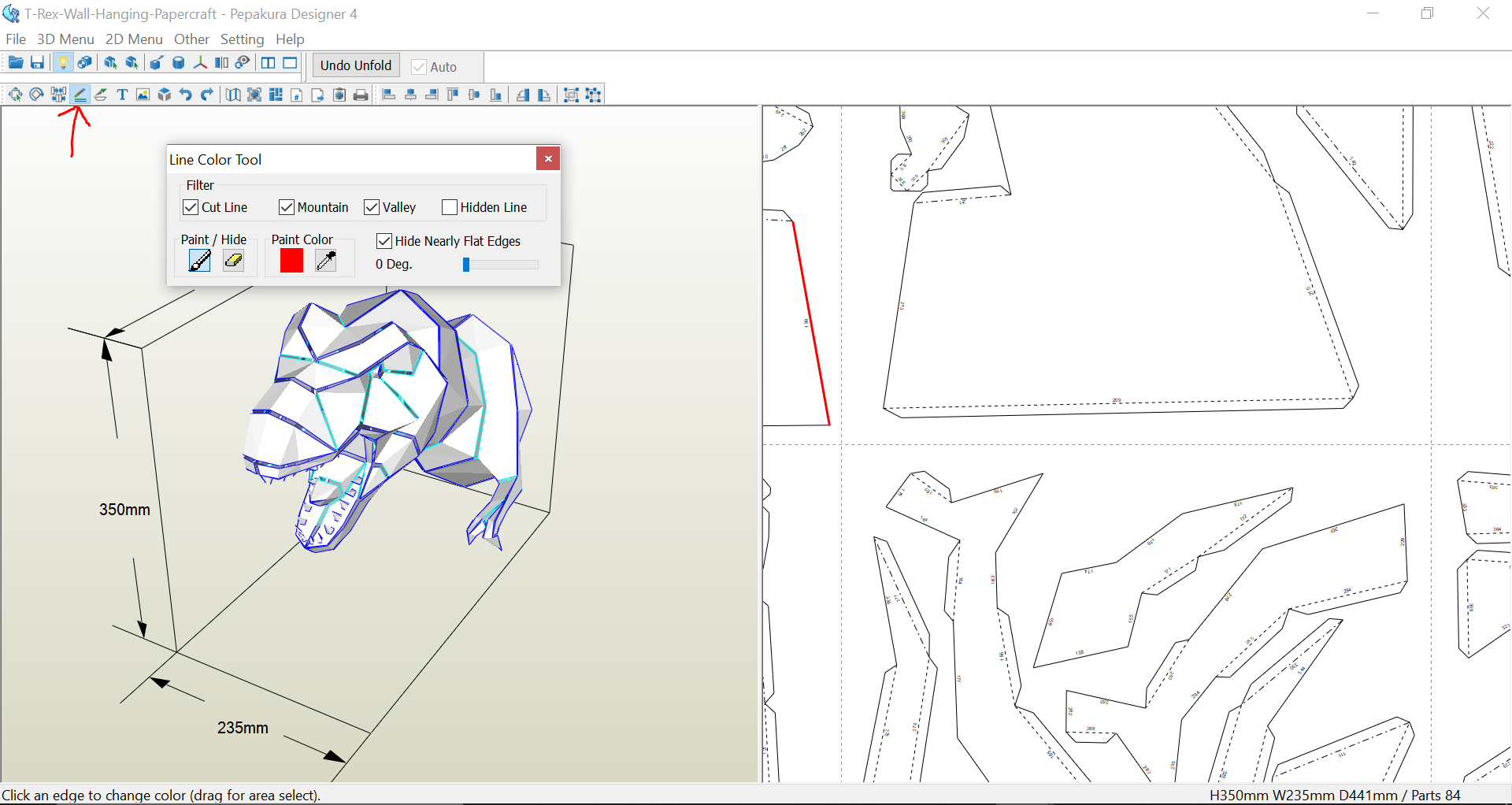