It is a Digimon shrouded in mystery, and it can be classified as a Beast-species Digimon from its body structure, but it’s still not understood what kind of digivolved form it will take on. Also, it is rumored that it is sometimes born with its twin. It’s a very cute type of Digimon, and from its calm behavior it doesn’t seem like a “Combat Species”, but when battling, it shows that it is more powerful than it appears.

Terriermon is a cute bipedal canine with white fur that is striped with green on its collarbone, paws, and the tips of its ears. Its most prominent features are its long, frayed ears and the solitary horn on in its forehead. Like a dog, it has black toes and pawpads. While it is primarily reminiscent of a dog, it necessarily shares design elements with its twin species, Lopmon, who is reminiscent of a rabbit.

It is a Vaccine Rookie Digimon who digivolves from Gummymon at level 11. The “Terriermon T.F.U.” item turns the player’s current partner into a Terriermon, maintaining its level but resetting its skill and stat points. It has a stat build of 3-1-3-1.

It’s Skill 1 is Blazing Fire, which is a distant single target skill, and its Skill 2 is Terrier Tornado, which is also a distant single target skill. Terriermon gains the ability to digivolve to Gargomon at level 21, Rapidmon at level 31, and MegaGargomon at level 41. It can also replace its Ultimate form with GoldenRapidmon and its Mega form with Raijinmon through Card Digivolution, and a special event Terriermon instead has BlackMegaGargomon as its Mega form. 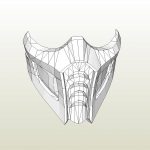