Goku (孫 悟空, Son Gokū), born Kakarot (カカロット, Kakarotto), is the main protagonist of the Dragon Ball metaseries created by Akira Toriyama. He is the adoptive grandson of Grandpa Gohan, the son of Bardock and Gine, the younger brother of Raditz, the husband of Chi-Chi, the father of Gohan and Goten, the grandfather of Pan, and later the ancestor of Goku Jr. Cheerful, courageous and also a bit naive, Goku is a Saiyan originally sent to Earth as an infant with the mission to destroy it. However, an accident alters his memory, causing him to grow up pure-hearted and later become Earth’s greatest defender, as well as the informal leader of the Z Fighters. Throughout his life, he trains hard and strives to be the greatest warrior possible, while at the same time using his amazing strength and skills to uphold peace.

Spirit Bomb (元気玉, Genki Dama; lit. “Energy Sphere”) is a powerful attack in Dragon Ball, widely considered to be the strongest attack in the series, but depends on the number of organisms supporting its use. In the manga, it is used only a total of four times.

Users of the Spirit Bomb gather huge amounts of energy from all chosen surrounding life forms and inanimate objects to conduct that energy into a massive sphere of astounding destructive power. Energy takes the visual form of sparkling, glittering wisps when adding to the mass that are usually blue and/or white in color. The creation of the attack promotes a calm breeze away from the bomb, which turns into a strong continuous gale and expels colorful bands or radiation of Northern Lights-esque aurora. The Spirit Bomb is quite swift when used and, if the user is not careful, it can absolutely obliterate a planet. 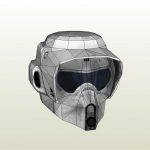